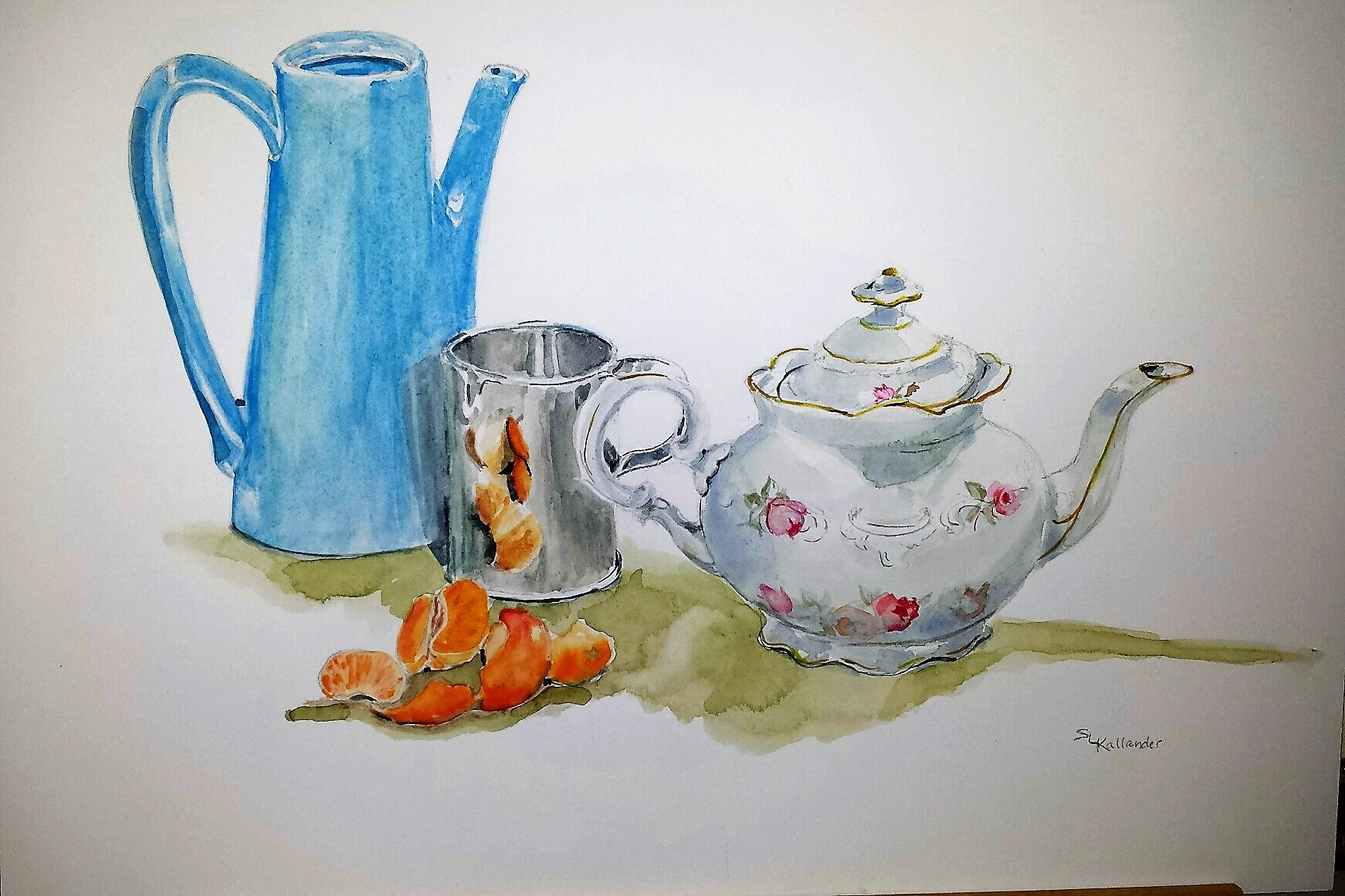 When Susan Linnéa Kallander was five her family moved to a farm in Southborough, Massachusetts where she lived until she finished Massachusetts College of Art in Boston and was married. Growing up with 85 acres of field and forest to roam gave her confidence in exploring the outdoors and her curiosity drove her to poke into and peel away layers of the natural world.

Painting outside is her favorite place to be and even in the winter she may be found in her car in a sunny warm spot doing a watercolor. When she can’t be out, she paints still lifes of fruits and vegetables mixing them up with favorite objects such as copper pots for color and reflection, fabric for texture and drape and glass for reflective color and crispness. The favored media is oil, watercolor and pastel; pastel for speed and intensity, watercolor for translucency and portability and oil for forgiveness. In a pensive mood she will turn to colored pencil painting because it is very slow, perhaps tedious but accurate work. Though art is created in the right side of the brain her balanced thought process tends to make her paint with a logical mind. She will use what ever is handy for a plumb line to ensure verticals are true and the light source is consistent in shadows and reflections. Objects need to look grounded. She conveys her happy attitude and subject matter that looks full of life and vibrant with color such as plump vegetables, vibrant flowers and pastoral scenes. The opposite is true in her architectural paintings because she prefers buildings that show the character of age and use.

An accomplishment she is proud of is a 16 x 3 foot mural which is in place at the Southborough, MA Historical Society Museum. It is an oil on canvas painting entitled The Noble Train of Artillery and shows the trek by the young, (later General) Henry Knox and his men bringing the cannons from Ft Ticonderoga, New York to Dorchester Heights in Boston to break the siege of Boston in 1776.

She teaches pastel painting occasionally. This is a great medium for new painter/drawers because it is portable, no drying time, comes in limitless, colorfast sticks or pencils and no mixing. Ms Kallander has a crafter side and loves making beaded earrings, note-cards and paints on actual purses which she buys at consignment shops or yard sales.

Illustrating children’s books has been on her list of ‘to do’s’ since she was very young. Finally spurred on by her late husband Larry, she published her first book, Up In Smoke about  harvesting oats in Minnesota using steam tractors. Her next book, Godfrey Finds a Home, first in a proposed series, is about a kitten treed by barking dogs and rescued by the farm wife. Godfrey learns about vegetable farming and marketing and goes on to live an exciting life traveling in the United States with his ‘people’ Mr. and Mrs. B. 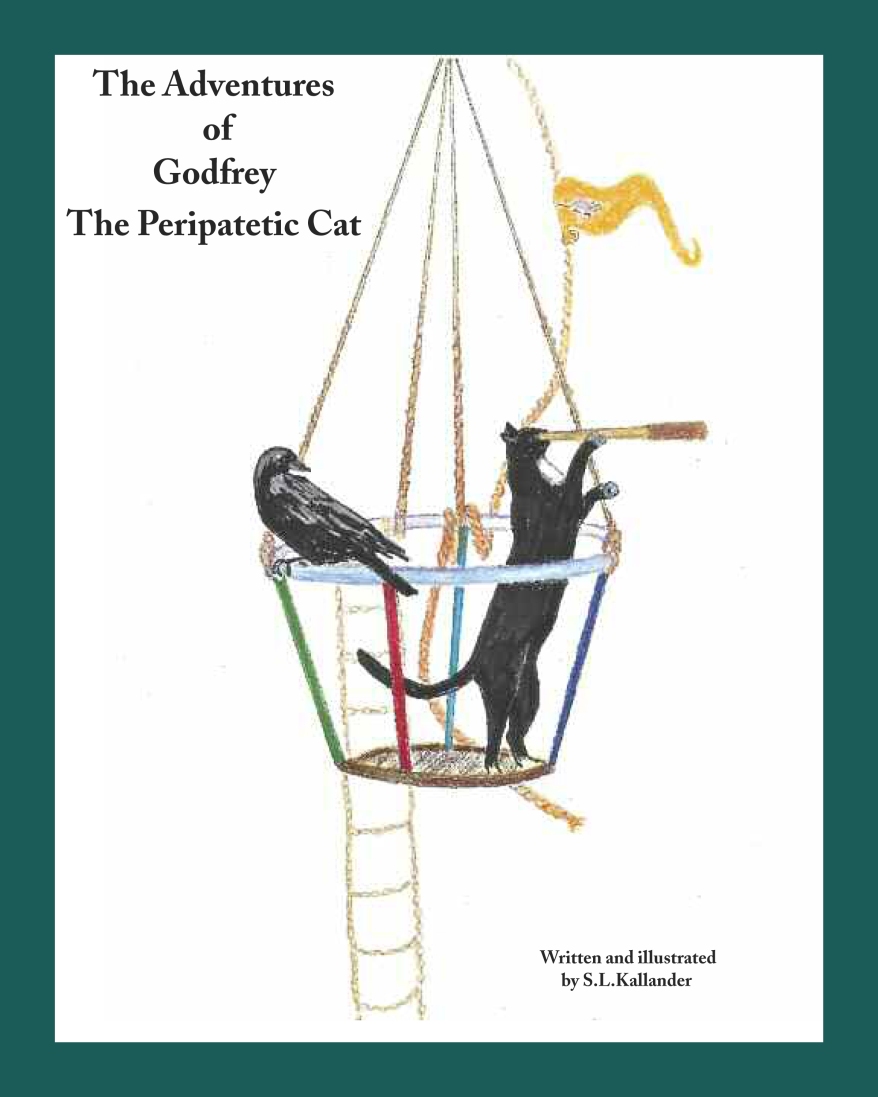 In the third book, The Adventures of Godfrey The Peripatetic Cat, second in the Godfrey series, our curious cat, Godfrey lives in a bed and breakfast with his people and has a routine which includes greeting the guests at the B&B, doing his ‘chores’ and visiting his cat pals. His people decide to sell their B&B, buy a motorhome and see America. Godfrey gets involved in the places they visit and has some interesting adventures. Godfrey can make an adventure out of an every day experience.  Books are available through Susan, Amazon, Barnes & Noble and Kindle.